The Business Unit TIP pools the TASP Department’s activities for the public sector, non-military clients. The customers are the European Commission, the European Parliament, the Federal Ministry of Education and Research (BMBF), and other national and international organizations and players. The work is clustered around innovation planning for the field of Civil Security, but new areas of expertise are currently being developed

Why the need for Technology and Innovation Planning in Civil Security?

Because of the high degree of regulation, security and the market for its technical and conceptual solutions is very different from other markets. This is also true for the requirement structure.

Potentially, security players have to deal with an unlimited number of threat scenarios and, where possible, prevent them. This makes it extremely difficult to formulate exact demands on the solution provider, while at the same time ensuring the best possible but cost-effective support for operational activities. For public sector players, this is especially important. The situation causes problems for both provider and customer. While the former has little or no exact information on what the security players actually need, the latter has no reliable information on the potential added value of a - very often - expensive solution. Both problems become further complicated with regard to procurement at European level, where – also for reasons of cost – the common requirements of several Member States need formulating and joint procurement structures have to be created.

Why cooperate with us?

Is your organization entrusted with security tasks (ministries, public offices and institutions with public safety responsibilities, public operators of critical infrastructure, etc.)? Are you focusing on research projects that look for better ways to develop or procure the right solutions for these tasks, with the aim of implementing them in the best possible way?

For more than 40 years, Fraunhofer INT has advised the Federal German Ministry of Defense in the strategic research planning. Over the last decade, our institute has also expanded the expertise into the civil sector, primarily under the responsibility of the Business Unit TIP. Among our methods:

The Business Unit TIP thereby not only functions as an interface between European institutions and national ministries/governmental organisations, but also between supplier and demand side.

Another of the TIP Unit’s special features is its excellent networking within the security research community, both in the Fraunhofer-Gesellschaft as well as in Germany and Europe, which also makes specific external expertise available for clients whenever required. We engage with and provide advice to various security research bodies, nationally and at European level (for example, within the European Commission). With comprehensive evaluation of the information thus accessed, we ensure that our consulting in strategic Technology and Innovation Planning is always state of the art.

Member and Deputy Head of the EARTO Security Research Group (SRG) for R&D in the field of Security and on behalf of the Fraunhofer Group for Defense and Security VVS (since 2015, before 2015: in the predecessor group Eurotech)

Organisation of the European Defence Conference 2011 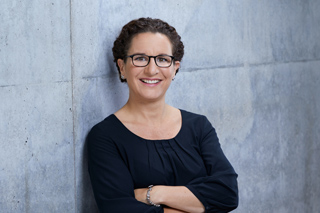