The main effect of ionizing radiation on optics is the production of color centers. The radiation produces electrons which populate defects in the glass matrix. These lead to absorption in the energy gap and therefore to a darkening of the optical material.
Additional effects are the change of the index of refraction, the production of light (fluorescence, luminescence, scintillation), and surface effects at optical boundaries.

It is a point source giving an extremely homogeneous field for spherically symmetric objects like fiber spools. Irradiations are possible from dose rates of several mGy/s up to 2 Gy/s. With a heating element it is possible to irradiate the fibers at temperatures up to 150 °C. A helium cooled cryostat (Fig. 3) makes it possible to irradiate the fibers at temperatures as low as -253 °C (20 K).

Another optical technology that was tested extensively at the TK1000 at Fraunhofer INT are fiber Bragg gratings (FBG). Here the main effect is the change of the index of refraction, which leads to a shift of the reflected wavelength. With our own precision interrogators and a stress-free temperature-stable environment, radiation induced wavelength shifts of only a few pm can be measured. The sensitivity of FBGs can range over several decades.

We can also test bulk optical materials at the TK1000 (Fig. 5), as well as thin optical films at several external irradiation sources.

For the irradiation tests of optical fibers Fraunhofer INT uses a highly optimized setup seen in Fig. 6. This setup allows for the simultaneous measurement of two discrete wavelengths with very high precision and an overall spectral measurement. All fibers that connect the DUT to the measurement equipment are radiation hard and additionally shielded with lead. The measurements are controlled by a reference channel that is sensitive to environmental systematic effects.
Fig. 7 shows the results of an optical fiber test with optical power meters for the wavelengths 1312 nm and 1570 nm. The measurement uncertainties have been analyzed (light shadows in the graph). The whole analysis is discussed in a peer reviewed paper (IEEE TNS Vol.56 pp. 2160).

We have done an extensive number of investigations on the radiation sensitivity of FBGs of different manufacturing technologies. For these a setup with an interrogator and an 1-to-8 optical switch is used. The interrogator is situated in the thermally stabilized measurement booth shown in Fig. 6. It uses the same fiber-optic infrastructure that is used for the testing of the optical fibers. Since FBGs are strain and temperature sensors, it is assured that the FBGs are fixed stress free under the Co-60 source, and that small temperature effects from the deployed source are measured with high accuracy and corrected. This setup allows to measure radiation induced wavelength shifts in the order of several pm.

The change of the transmission spectrum of bulk optical materials can be measured with the setup shown in Fig. 4 after being exposed to one of our Co-60 sources. Several broadband light sources and precision optical spectrometers allow for measurements from 200 nm to 1700 nm.
For irradiation test of thin films (< 1μm) Co-60 is not usable. Here low energy electron (and proton) sources are needed, which penetrate only the films and the interface to the bulk. Fraunhofer INT has a close relationship to several of these sources and will plan their use depending on the films to give the customer meaningful test results. 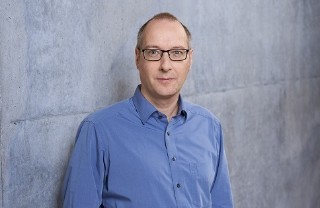