Because of their reconnaissance and payload capabilities - explosive devices for example - unmanned aircraft systems (UAS) represent a threat to military and civilian facilities. Given the increasing autonomy of UAS, effectors based on high power electromagnetic radiation (HPEM) could prove to be a promising alternative to other defense systems. Mainly developed for the civilian market, UAS electronics are designed only for the electromagnetic background levels permitted in public areas. Technical weapon systems that generate electromagnetic fields far beyond the limits of this legal protection framework can directly interfere with processes in on-board electronics.

Recent years have seen a massive boom in the market for multi-rotor unmanned aerial vehicles, such as the quadrocopter. In particular, products weighing below 20 kilograms have arrived on the mass market and, for the untrained user, controllability has also been steadily enhanced in the last few years. Meanwhile, automation controls altitude, position and collision avoidance. More assistance systems are being used to execute flight maneuvers automatically; radio contact with the remote control unit is no longer necessary.

The combination of high accessibility for the layman, the capability of transporting larger payloads and greater freedom of movement through opening up airspace makes it possible to use UAS in various threat scenarios. As part of a research project, Fraunhofer INT conducted laboratory tests on a selection of UAS types, to evaluate their sensitivity to electromagnetic interference (Fig. 1). The goal was to develop appropriate countermeasures on the basis of HPEM. In addition, free-field tests were performed using HPEM sources, which could form a basis for effectors with realistic operating ranges (Fig. 2).

To analyze HPEM sensitivity, a UAS test stand with video surveillance was set up in the laboratory, as well as a system for evaluating rotor speeds. The devices were tested either mechanically fixed in standby mode, or secured by cords and safety net in flight mode. These tests accurately recorded interference in the systems’ operating processes, stretching over a wide range of individually controlled interference frequencies. 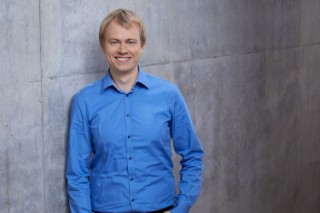