Objective: The EvoCS Project deals with the evolving concept of security, focusing on the European Union and its close neighbors. The project aims at providing a holistic view of the complex and somewhat diffuse concept of security by evaluating it across four dimensions:

Core values: what aspects of security are taken into account?

Perceptions of Security: from which perspectives is security considered?

Areas of security: how is security perceived in various regions of Europe?

Time: how does the concept of security evolve?

Research will be substantial. It will be performed in four case studies which are expected to be sufficiently different from each other, but taken as a whole will be representative for the European Union:

The four case studies are embedded in a set of three conceptual work packages carried out before, concurrent with and after the case studies. The goal is to identify the various concepts of European security which differ according to place and time, and to analyse similarities and differences between them. To achieve this, the EvoCS Project will bring together all relevant European stakeholders to discuss core values, threats to them and measures to be taken to protect them. The results of these discussions and analyses will be used to formulate recommendations for changes in the working parameters of various types of security end-users and will serve as guidelines for policy makers who are responsible for formulating measures that influence an evolving European concept of security.

INT tasks: coordination of the overall project and preparation of the case study for the Southeastern Europe region 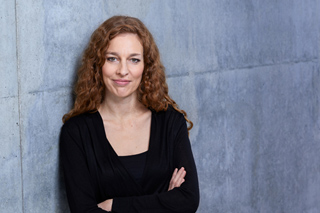