In collaboration with a German and a Swedish partner institute, a reference test setup was developed which, as a stable variant in extended procedure and laboratory comparisons, opens up new insights for the further development of the testing standards codified to date.

The EME business unit has been researching the disruptive effects of strong electromagnetic fields on the regular operation of electronic equipment and systems for decades. Specialist disciplines of the field of electromagnetic compatibility (EMC) include High Power Electromagnetics (HPEM) or Intentional Electromagnetic Interference (IEMI), the latter of which implies an intention to cause harmful effects. Comparable research questions are pursued at a national level, for example, with a focus on military issues at the Bundeswehr Research Institute for Protective Technologies and CBRN Protection (WIS) in Munster. On an international scale, there are also similar specialist research institutes.

A common feature in the efforts to investigate the robustness of devices to withstand unusual electromagnetic interference in a laboratory, is that a number of national and international standards can be relied upon. These include, for example, specifications for the design and implementation of load tests. The various types of test environments are taken into account and the physical and technical characteristics including permissible tolerances are specified.

However, a range of questions arise here in the course of the continuous development of standards. There is interest in transferring measuring results between various types of test setup, as well as the direct comparison of environments that are nominally equal, at least according to the standards. Product standards for industrial EMC also provide detailed specifications regarding the design of test setups that could be adapted specifically for the area of high power testing.

Uncertainty budget in the process chain

In order to be able to trace possibly subtler effects in connection with test design and execution, the uncertainty budget of these measurements both using and probing high-frequency fields must be critically assessed.  As well as fluctuations in the signal generation and transmission, the test environment itself, in which a test specimen is subjected to the interference fields, can exhibit idiosyncrasies regarding the distribution of the field energy. Furthermore, the alignment, cabling and operating status of the device to be tested often do play a role in testing. In order to better control all these influences on the uncertainty budget, one option is to design a defined reference test specimen. Its stable response behavior should allow peculiarities in the signal chain and the test environment to be more clearly mapped out.

Cooperation project for the further development of test methods

As part of a Technical Agreement between the Federal Republic of Germany and the Kingdom of Sweden, a research project in which Fraunhofer INT, WIS Munster and the Swedish Defence Research Agency (FOI) will participate, has been drawn up to further explore the research questions discussed above. A key component of the activities is a specifically designed reference test setup, which does represent a generic test device from the area of IT systems. This specification illustrates the increasing relevance of computer systems in various processes in society, but particularly in critical infrastructures. In addition to the existing partners, participation will be open to other laboratories, to increase the data basis to work with and to help gain further findings in comparison measurements.

The final, implemented concept of a reference test setup is based on a single-board computer from the Raspberry Pi family of systems which was then expanded with additional hardware. In addition to a digital camera module, an analogue sensor component is introduced via an analogue-digital converter board. The option of self-sufficient battery operation was implemented to minimize external influences. The only cabling to the outside is a fiber-optic connection for serial communication between the control room and test environment. Because all components are fixed on a square, hard-foam board with edges of 40 cm length, measurements that comply with the standards are possible even in test environments with small test volumes.

During the load test, the operator can monitor the system state on a specifically implemented graphic user interface on a PC from the control room of the respective test environment. Color-coded display elements provide immediate visual feedback about the occurrence of all error patterns having been defined based on explorative measurements.

The system shows versatile, stable response. In multiple scientific publications further characteristics could be elucidated, for example regarding the moderate series variation of the core component, the good repetition accuracy for individual measurements and the dependence of the system response on the direction of irradiation. The influence of variations in the time structure of the typically intermittent test signals could be examined as well, as could the system behavior with different component wiring layouts.

Current investigations relate to the comparison of different test environments and laboratories. The results achieved up until now should be entered into a database by the end of the project running period in fall 2022, thereby making them accessible for further analyses. 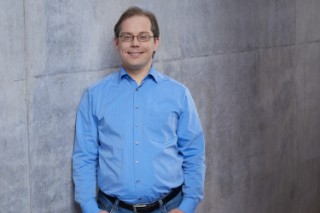