As the writer Arthur C. Clarke already stated in 1973: “Any sufficiently advanced technology is indistinguishable from magic.” This sentence can also be applied to modern Atmospheric Water Generation (AWG) technologies, which can remove water from the air and seemingly fill bottles from “nothing”. Such technologies can counteract water scarcity in the world, especially in low-precipitation, arid areas.

The atmosphere is potentially a large alternative water source that is gaining in importance, industrially too. 98 percent of the water suspended in the atmosphere is the humidity in ambient air. Although collecting water from the atmosphere is a very old concept, with continued climate change and the growth of the world’s population, it is becoming more important. In consequence, developments in relevant sub-technologies, especially in materials sciences as well as new overall systems, are forging ahead.

To collect atmospheric water, it is possible to use condensation technologies as well as methods of dehumidifying air with the use of desiccants. In both cases, water extraction from the air can be active or passive. Active systems which function similar to air conditioners for example, mostly need a high-energy input, and are rarely economical, particularly where seawater desalination is possible. So, active AWG systems that use energy from renewable resources such as solar power are highly interesting for current research.

As well as these active systems, much attention is also being paid to passive AWG systems, especially if they are easy to install and require little maintenance. These devices are based on the condensation of dew and ambient humidity (such as fog) on surfaces or meshes. In particular, research work is focusing on promising bionic approaches. Research here falls back on a great diversity of hierarchically structured surfaces that very different organisms already use to collect water. Frequently, as well as the special structuring, corresponding chemical surface characteristics and, in some cases, even effective temperature gradients are used.

Fraunhofer INT has run an analysis of new AWG approaches and concepts that are still under research. From economic, ecological and social perspectives, they have great potential, which is why interest in the field has been growing in recent years. Future AWG systems will thus also benefit from current research on new surface materials and their production. 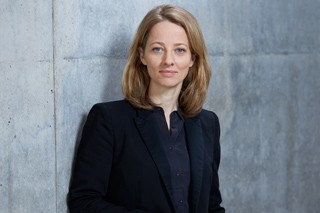