So, everything is fine, keep it up? That was hardly what fate had in store.

Here are the six reports that made it into the research highlights section of our 2021 annual report.

KATI – One lid for many data pots 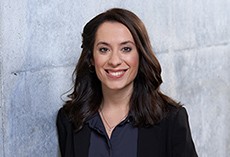