Electronic components can be seriously affected or even destroyed by ambient radiation in space (such as electrons, protons, cosmic radiation). To prevent this, radiation has to be reduced as effectively as possible. The greatest contributor to radiation shielding inside a satellite is the mechanical structure and the systems already on board. Where this is not enough for sensitive components, an additional solid shield is often used - mostly made of aluminum for larger areas, or tantalum shields for local individual components (known as spot shields).

One approach to making these shields more efficient – especially lighter – is to use a system of several layers of different materials. By utilizing secondary effects in the passage of radiation through the materials, it is possible to achieve a tailor-made optimum of the shielding effect for a specific satellite mission.

This area was addressed by the project RAPRO (Evaluation of Lighter and More Efficient RAdiation PROtection for Electronic and Sensitive Parts), headed by HPS GmbH in close cooperation with OHB Munich. On behalf of ESA, several innovative multilayer systems for protecting electronics were designed, constructed and tested. From the most promising systems, an electronics enclosure and a spot shield for use in space missions were then constructed and tested as an engineering model.

A workshop organized and managed by HPS GmbH then developed and selected possible mission scenarios and the requirements arising from them.

The second phase involved the investigation of a variety of possible material combinations with regard to their feasibility, process safety and production economics, the expected shielding effect on particle and electromagnetic radiation, and many other factors. For all materials and combinations, the Business Unit NEO provided Monte Carlo simulations for the shielding effect of particle radiation.

Samples of the four most promising material combinations were produced by HPS GmbH. The samples were then subjected to mechanical, thermal and radiation tests, among others.

NEO carried out the radiation tests in this phase on an electron accelerator of PTB Braunschweig and of the JULIC proton cyclotron at the research center FZ Jülich. In addition, an “aging test” was carried out on the Co-60 facilities at Fraunhofer INT.

To construct the engineering models, two coating systems for producing demonstrators were selected: one material was used to produce a standard electronic housing, another for a local spot shield to protect sensitive single components. The demonstrators were manufactured by HPS, partly using specially developed production processes.

Both demonstrators were subjected to a thermal vacuum test and further radiation tests with electrons (see Fig. 1) and protons. In addition, the Business Unit EME at Fraunhofer INT cooperated with OHB Munich in running tests of the housing’s shielding behavior against electromagnetic radiation. The tests showed that the multi-coated materials selected have higher shielding effectiveness compared with comparable heavy aluminum housings. The electromagnetic tests showed equivalent shielding behavior to, or in part significantly better than, an aluminum box of similar structure.

Depending on the chosen mission scenario, the shielding materials show an increase in shielding effectiveness from 25 % to 69 % compared to mass equivalent aluminum. With these materials, the mass required for shielding can thus be significantly reduced, or low-cost commercial-off-the-shelf (COTS) components can be used in radiation environments. 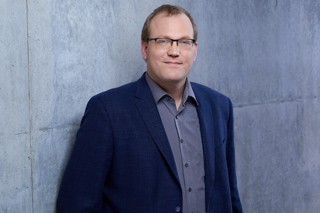