At Fraunhofer INT, the Business Unit Defense Technology Foresight (WZA) conducts research into the future of technology. The Unit uses a scientific approach to generate future-oriented knowledge of expected long term technology developments and their implications for military use and capabilities. WZA’s central product is the Defense Technologies Forecast (WTV), which appears quarterly on behalf of the Federal Office of Bundeswehr Equipment, Information Technology and In-Service Support (BAAINBw). WTV contributions cover technology and system concept analyses to assess the Federal Ministry of Defence and the Bundeswehr (BMVg) with regard to new technologies or technology-driven developments in military capability.

This makes WTV a key factor in BMVg’s technological, long term strategic foresight. Within BMVg and its field of operations, all the identifying, analyzing and evaluating of future technology themes is done at several departmental research locations. In particular, these include BAAINBw and its downstream technological and scientific agencies. Also included, and depending on technical orientation, are other Defense Department research institutions, the Bundeswehr Universities, BMVg-funded research institutes of the German Aerospace Center (DLR) and the Fraunhofer Group for Defense and Security (VVS) and the French-German Research Institute at Saint-Louis (ISL).

In 2017, WZA was tasked with writing a concept for a new yearly event as a platform for offering a comprehensive understanding of technology-related future issues of potential Bundeswehr relevance. With the involvement of the players just listed, this generates a “picture of future technology” for BMVg and the Bundeswehr. The concept produced and put forward under the leadership of Dr. med. Matthias Grüne led to the 1st Future R&T Situation Conference, held on 27/28 February 2018 at Fraunhofer INT. Under the chairmanship of BMVg’s Research Director, there were 70 participants. This created the stage for bringing together all the Bundeswehr’s actors in defense R&T - a knowledge-sharing theater.

The conference task was to consider both military and civil driven developments in technology. In the run-up to the conference, a total of 70 highly varied future topics was identified by the institutions listed above, and put forward using a common system of technology profiles. Examples for these included blockchain, quantum technologies for high-resolution magnetometry, or the protection of space infrastructures. In addition, Fraunhofer INT introduced the 11 WTV topics for the year 2018. As well as the topics for the future, the conference noted and discussed appropriate ministerial framework conditions, long term objectives and the procedural embedding of themes like equipment, cyber/IT and planning.

In addition to brief technical descriptions of the single themes, the presentations and discussions dealt with topic profiles including:

The topic profiles were also the background for the Future R&T Situation Picture 2018 (FuT-Zukunftslagebild 2018), which was drawn up for the first time. Individual topics were visualized in various forms and summarized as an information “dashboard”, also for the management level at BMVg.

The BMVg Research Director concluded that the event added value to the strategic orientation of defense research and technology and should continue on a permanent basis. 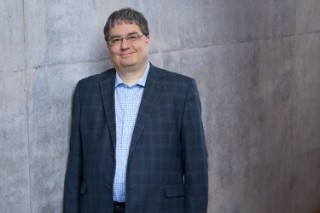