Freight containers play a central role in global trade. Every year, millions of them cross the borders of Europe, on land and on water, and controlling this flow of goods is an immense challenge. Illegal and dangerous goods have to be identified. Seen against the background of omnipresent, recent terrorist activities, it is clear that smuggling weapons, explosives, harmful biological or chemical substances, or even nuclear material can lead to unpredictable, catastrophic consequences. Then again, the economic world calls for smoothly flowing goods traffic. This is why customs authorities worldwide are constantly working to improve inspection processes, with both technical and organizational changes.

The joint European project C-BORD – Effective Container Inspection at BORDer Control Points - also served this purpose. The project, funded by the European Commission following a call for tenders in the Horizon 2020 Research Framework Programme’s “Secure Societies” section, was successfully completed in December 2018. Fraunhofer INT and 17 partners from nine European countries – including the University of Bonn-Rhein-Sieg – were involved in developing a complex system for improved cargo container inspection. Not only universities and research institutes, but also customs authorities played an important role as consortium partners, which demonstrates the project’s practical relevance. Over a period of three and a half years, individual non-destructive detection technologies were further developed, tested and finally integrated into an overall system. This allows for combined data evaluation, which generates more information through data fusion than is possible with separate analysis, as used to be the case. The whole thing can be operated via a special graphical user interface, into which elements for decision support have also been integrated.

New developments in five technology fields formed the basis of the C-BORD system:

Improved detection and, above all, identification of radioactive material was the goal in further developing portal monitors with different detection techniques. The project succeeded in finding flexible, ad hoc, efficient and cost-effective solutions. Identification was a key factor for reducing false alarms triggered by naturally radioactive materials such as ceramics or fertilizers.

Significant improvements were also achieved in classical fluoroscopy analysis. It was thus possible to reduce “mobile mode” image distortions which result when – instead of the container - the X-ray apparatus is itself moved to scan an image. X-ray imaging was also improved, allowing better material discrimination for identifying objects in a cargo container.

Somewhat more time-consuming, this particular neutron inspection process can be used as a second-line inspection in the case of a given suspicion. The system irradiates the container with neutrons, and the resultant gamma radiation gives information on the container’s content. The ratio of carbon, nitrogen and oxygen can point up explosives, for example, or narcotics or cigarettes. New algorithms for material classification have been developed and successfully tested.

As with the neutron process, photofission was designed for second-line inspection. The method helpfully uses the same linear accelerator as a high energy X-ray scanner, analyzing minute time differences in the emitted particles. This shows up special nuclear materials, even when hidden behind a shield.

This specially developed system sucks air samples from the cargo containers, and the samples are subsequently analyzed for volatile organic compounds. With machine learning, the system can be trained to recognize certain patterns of trace particles with the aim of identifying substances like drugs or explosives.

Fraunhofer INT’s task in the C-BORD consortium was to coordinate the work package “Standards, Technology Assessment and System Validation”, and to contribute to radiation detection and neutron inspection in particular. Tasks for Fraunhofer INT scientists included participation in laboratory tests, using questionnaires, post-trial replays and interviews to provide feedback from end-users, preparing recommendations for future standardization, and analyzing the results from large-scale field trials. This produced a sound evaluation of each technological development and of the overall system.

The project culminated in three field tests in 2018. Each lasting two weeks, they were held in different environments in three countries: at the Röszke border crossing in Hungary, the Deep Water Container Terminal (DCT) in Gdansk, Poland, and at the Rotterdam Container Terminal in the Netherlands. It was even possible to integrate C-BORD technology into an existing tunnel that uses X-ray imaging for inspection. Using specially-prepared containers holding, for example, concealed radioactive sources, as well as commercial containers from daily operation, the detectors and the entire C-BORD system were subjected to realistic conditions.

Not all technologies had reached perfection, but great progress and some surprisingly good results were achieved in almost all areas. Even established techniques, as in detecting gamma and neutron radiation, showed clear improvements. A significant achievement was the integration of data into one system and in the clear presentation of different detection results in a unifying graphic user interface. The added value from data fusion became clearly apparent through the superimposition of X-ray and thermal images of radioactive sources, which made it possible to locate problematic container contents rapidly – something much appreciated by the end-users. In a new process called threat-lensing, it was even possible to improve results of gamma radiation measurement by using information from the X-ray image.

In October 2018, project results and initial findings from the field trials were presented to a broader audience in a final workshop in Rotterdam. There was positive feedback in plenty. 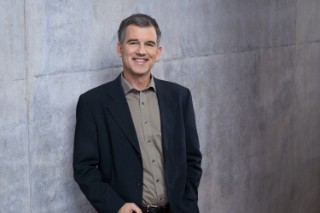